“Calling and Counting: Learning about whales and dolphins from their sounds”

The SOUNDTAG lab from SMRU & CREEM participated together in Science Discovery Day as part of the British Science Week 2018.  Danielle Harris, Popi Gkikopoulou, Marco Casoli and Filippo Franchini presented activities relating to marine mammal acoustics and density estimation from acoustics.  How do whales and dolphins use sound? Learn about whale song, whistles and clicks of dolphins, and how these sounds are connected to communication, searching for food and moving around in the dark blue sea. Can you mimic a dolphin? Also discover how scientists use sounds to count whales and dolphins.

The sound and movement tag participated in Dundee Science Festival 2016. More than 800 people attended the Animals & their Environment weekend at Dundee Science Centre on 5-6th of November. Drop in activities for people of all ages. Can you mimic a dolphin whistle? Does the sound of your name look different from your friend’s one?  What is the difference of the echo coming back from a fish and a squid? How do cetaceans find their food? How researchers spy animals living far away in the open ocean? What man-made activities threaten marine mammal populations?   and many other questions…

Downtown Documentary screening,  6th of October at Buchanan Theatre, St Andrews. Sonic sea is a documentary about protecting life in our waters from the destructive effects of oceanic noise pollution. We had the great opportunity of of sharing the documentary screening with the public of St Andrews and engaged in an interesting Q&A session with Catriona Harris, Patrick Miller, Len Thomas and Mark Johnson.

for more information about the film please visit  http://sonicsea.org/

Members of the Sound and Movement Tags Lab participated in an outreach event at the Dundee Science Centre as part of their Animal Day on Saturday 13th February (it was World Whale Day).

“The Biggest Nose on Earth” saw lab members presenting information on the Sperm Whale, Echolocation, Tags as tools to study whale behaviour, and Conservation.  Members of the public were able to see if they could click as loud as a sperm whale, listen to sperm whales, age a sperm whale using the layers in its teeth, and hit a target at different distances using water jets with narrow and broad beam widths to explain why the nose of a sperm whale is so important for generating echolocation clicks and focussing sound.  We had a good foot fall and many budding young scientists and their parents enjoyed interacting with the display and lab members.

European Researcher’s night celebrated its 10th anniversary on 25th of September 2015 in more than 280 cities across Europe. Sound & Movement Tags lab participated in the event with activities for hunting and communicating with the use of sound and surviving in extreme polar conditions. Together with other activities from different departments of the university, the event took place in the Medical School Building in the North Haugh. More than 250 people attended the event and we are looking forward to participate again next year! 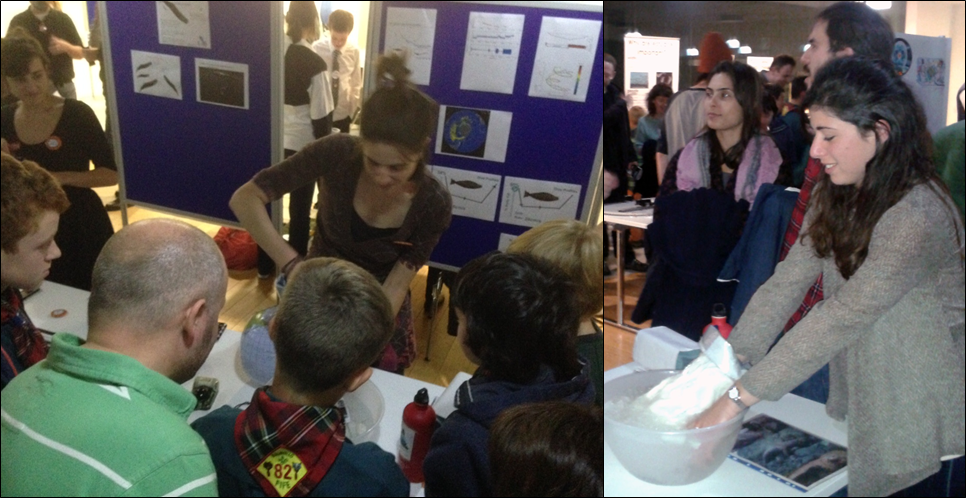 Start Science Masterclasses of the Royal Society of Edinburgh, organized a class in St Andrews held by Meriem Kayoueche-Reeve with theme “Mud and Marine Mammals”. The Sound and Movement Tag Lab participated with activities related to marine mammals hunting. S1 and S2 students had the opportunity to go through the different feeding strategies of varied marine mammal groups and play with a sound production model describing the basic functions of echolocation. 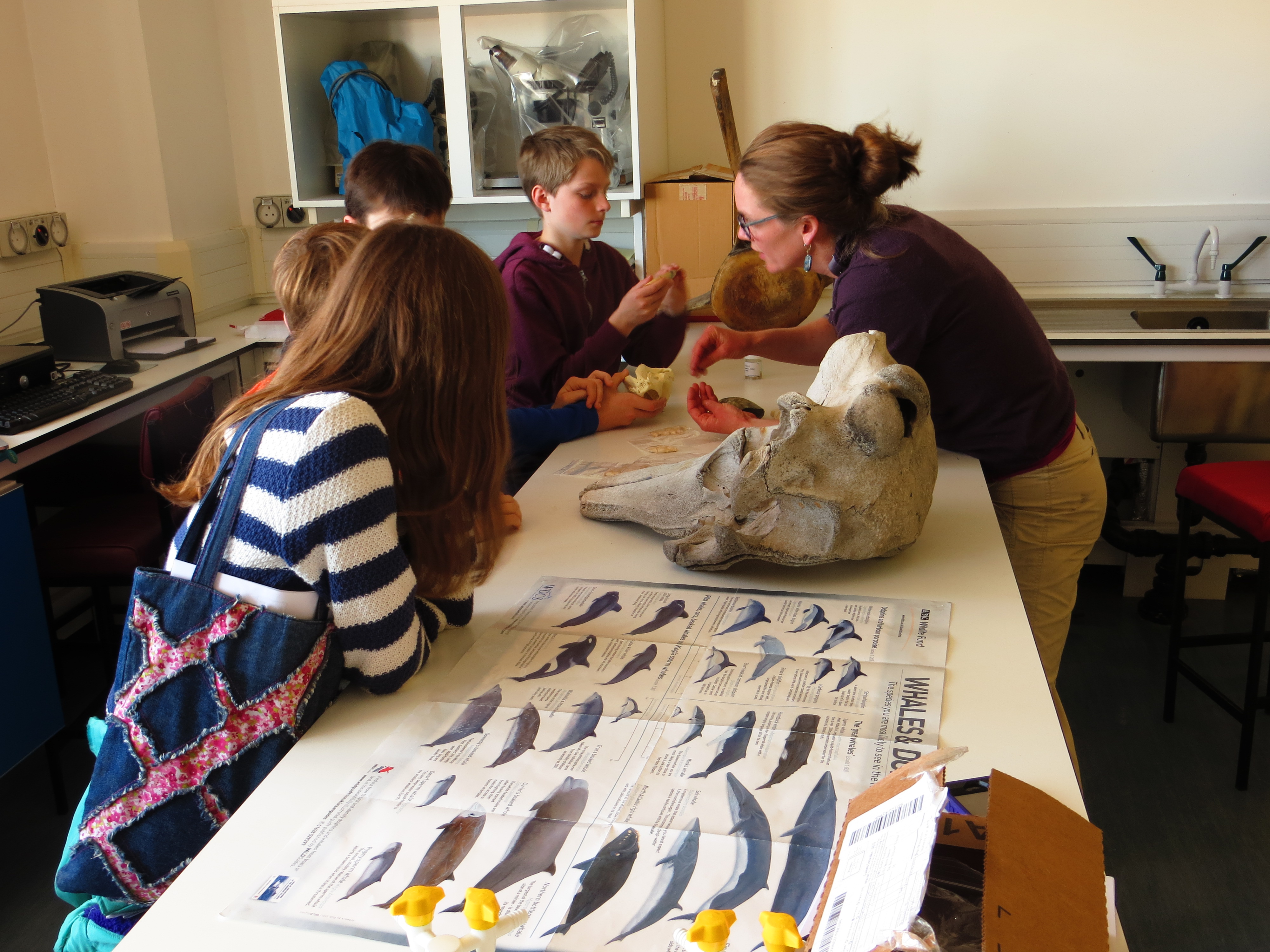 ◄ Back
Next ►
Picture 1 of 3
Tweets by @SMRU_StAndrews
Please enter the Page ID of the Facebook feed you'd like to display. You can do this in either the Custom Facebook Feed plugin settings or in the shortcode itself. For example, [custom-facebook-feed id=YOUR_PAGE_ID_HERE].